November 07, 2017
With the news that Waymo, Google's former autonomous car project, is now allowing driverless cars to roam the streets of Chandler, AZ, without a safety driver on board, I am left to wonder what features will make people comfortable riding in the back seat of an autonomous vehicle?

We can imagine a not-too-distant future, however, where cars are sold to fleet managers or even individuals that do not have driver-oriented design features. In that case, passengers can be seated anywhere in the vehicle, facing any direction. 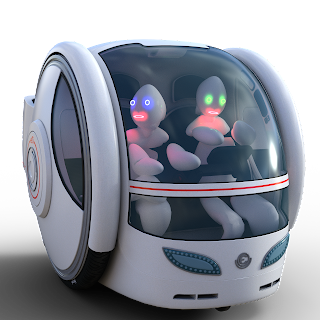 As the passenger in the vehicle, Arnold's character speaks directly to the humanoid pilot's head and body, even though the CPU is likely found deep within the belly of the vehicle. At one point, Schwarzenegger, impatient from the robot's cautious approach, tears the robot from the car and grabs a completely unnecessary stick to pilot the vehicle himself. While it's unlikely that this is precisely how our future will appear, it seems likely to me that there will at least be a "personality" to driverless cars.

Imagine hailing an autonomous vehicle ride from your mobile app, being met at your doorstep by a vehicle that lacks all the current creature comforts for drivers, and waiting out your ride in a backseat with a table and free wi-fi while a CPU equipped with high tech sensors gets you to your destination. In this case, you have no control over the vehicle and no way to interact with the vehicle, except maybe to change your destination via the mobile app. It's very much like a ride at an amusement park like Disney, in which you are a passenger only with no expectation that your car would be responsive to you.

Now, imagine the same experience, except that the vehicle has a faux, robotic pilot situated where drivers traditionally sit. This pilot has an AI that can respond to suggested alternate routes, requests to slow down, or even answer questions like Siri or Alexa.

It's quite clear to me that for today's consumer, the latter experience would be the preferred one. Maybe my children won't be so conditioned that they would prefer to find the controller of the car seated before a steering wheel, but until they are the ones designing cars for their children, I expect we'll see something closer to Johnny Cab than the Disney Ride. 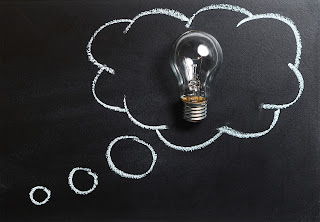 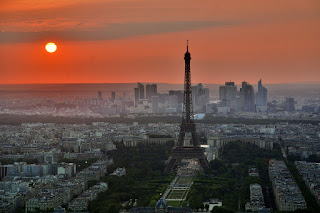